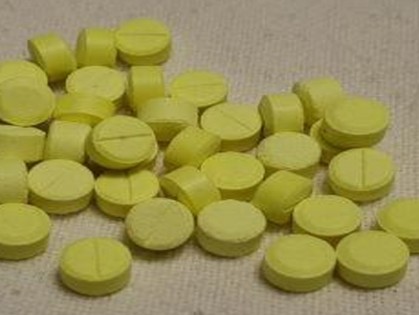 Buy 2c-b-fly Online
2C-B-FLY is a lesser-known novel psychedelic substance of the phenethylamine and benzodihydrodifuran classes. Thus, it produces an array of psychedelicand entactogenic effects when administered. Reports have characterised its effects profile as possessing features of 2C-B, mescaline and MDA, with a duration of 6–8 hours.

2C-B-FLY is a derivative of the 2C-x family of psychedelic phenethylamines, specifically 2C-B, of which it significantly differs from in terms of its potency, metabolism, and potential toxicity. It was first synthesized by Aaron P. Monte in 1996.

Around 2005, 2C-B-FLY appeared and gained some popularity in the online research chemicals market before largely disappearing in October 2009. This was because a batch of Bromo-DragonFLY was accidentally mislabeled as 2C-B-FLY. Bromo-DragonFLY is dosed in micrograms while 2C-B-FLY is dosed in milligrams. This led to two deaths as a result of taking overdoses of Bromo-DragonFLY meant to be effective doses for 2C-B-FLY. This event led to its immediate withdrawal until around 2016, when it resurfaced on the market again.

Very little data exists about the pharmacological properties, metabolism, and toxicity of 2C-B-FLY. Thus, it has little history of human usage.

Due to its high potency and sensitive dose-response, many reports also indicate that the effects of this substance should not be seen as a simple substitute for 2C-B.

Chemistry
2C-B-FLY is a substituted molecule of the phenethylamine and dihydrobenzofuran chemical classes. 2C-B-FLY features a phenyl ring bound to an amino (NH2) group through an ethyl chain. Also, it contains a bromine atom attached to carbon R4 of the phenyl ring.

It is an atypical psychedelic phenethylamine which is closely analogous to 2C-B; it is the dihydrofuran analog to 2C-B, where it incorporates the methoxy groups bound to R2 and R5 of 2C-B into five-member dihydrofuran rings fused to the central benzene ring.

2C-B-FLY belongs to a group of phenethylamine derivatives referred to as the FLY compounds.  The incorporation of the two methoxy groups into the 5 member rings fixes them into the optimum position for binding to the receptors they interact with. Thus,  resulting in an increase in potency compared to the compound’s non-rigid counterpart 2C-B.