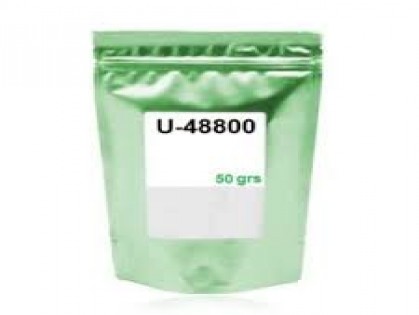 The NSO u-48800 [transâ€2â€(2,4â€dichlorophenyl)â€Nâ€2â€(dimethylamino)cyclohexyl)â€Nâ€methylacetamide, monohydrochloride] appeared in 2017 for the first time on the market. Together with its regioisomer Uâ€51754 (metheneâ€Uâ€47700), which was also described as an NSO.  It belongs to the soâ€called Uâ€drugs and is structurally nonâ€related to classical opioids  as morphine and fentanyl.  u-48800 receptor affinity studies were not yet performed, but based on the analogy to Uâ€51754, comparable pharmacological effects are likely.

Due to a higher affinity to the κâ€receptor in comparison to the μâ€receptor, analgesia with fewer unwanted pharmacological effects. Expect Respiratory depression. Solimini et al recently reviewed the pharmacotoxicology of nonâ€fentanylâ€derived NSOs. This found u-48800 available as a “research chemical”; of the opioid analgesic class to replace Uâ€47700 and that conventional drug tests do not detect such compounds. Due to the growing number of acute intoxication cases, they encouraged pharmacological, toxicological, and forensic research on these compounds to provide effective detection methods, amongst others.